Nuala O’Connor is one of the foremost novelists and short-story writers of her generation. Her work has been published internationally, in the UK, Scotland, Canada and the United States. Her exquisite new novel, “Becoming Belle”, which I read months ago, is one of those truly enjoyable, interesting and clever works that will nail most readers to their seats for the time it takes to read it. Gifted, intelligent, and with an inquisitive mind that leads her towards historical subjects (I’ve seen this in her flash fiction too), O’Connor’s voice is distinctive and has already made its mark in terms of critical commentary. Here’s what Nuala has to say in a recent interview with me:

MOD: I was very taken by the sense that your characters in “Becoming Belle” were at the forefront of London modernity within their own time. Were you aware of reflecting progressiveness and modernity in your characters?

NOC: Belle was a modern woman, when I first heard of her, I became fascinated with the notion of a beautiful young dancer/actress swapping the delights of London for life in rural Ireland and, by all accounts, thriving. Of course, when I looked into it, there was so much more to Belle’s life than what could be seen on the surface. The more I discovered, the more I realised her life was unusual for her era and that she survived many blows. She is definitely a proto-feminist. She wanted to progress, to throw off her early life and become “someone”; she wanted to be seen and heard. She worked hard for financial independence.

MOD: Belle is unusually independent-minded and ambitious, and seems exceptionally able to distance herself from both parents. Was this a fact, or did you construct it?

NOC: I constructed this. When Belle moves to London and into the bohemian set, she finds herself in various troubles. I don’t imagine her parents were too happy about the scandal of it all, so I distanced her from them, made her life very much a series of befores and afters. Her mother, in the novel, comes to visit her in London and the meeting is a battle of wills. Mrs Bilton is the kind of woman I love to write: handsome, steely, jealous, superior, sure of herself but, ultimately, thwarted by her life circumstances. I love a flawed, cranky character.

The other thing is, I don’t have Belle’s letters. Much of the Clancarty papers were destroyed by a family member. Though someone contacted me recently to say they had bought a cache of Belle’s letters at an estate sale in Virginia in the USA. How I’d love to read those!

MOD: Belle and William’s sexuality is described openly. Yet their relationship plays out to some extent in terms of parental control and inheritance. In your view does William lack moral courage?

NOC: He certainly does, but he represents a type of his class: he was young, rich, idle and irresponsible, as were many of his peers. I was shocked when I first realised what he had done to Belle in abandoning her – it seemed so callous – but I think he was put under enormous pressure by his father, and he was very conflicted. I like William, for his good and his bad; we’re all a conglomeration of things, we all take wrong turns, unlike most of us, William’s mistakes were made public.

MOD: As I read the novel, there were moments when I felt that anti-Semitism might enter the story. Did you consider this, and if so, what decisions were taken about how to present your Jewish character, Wertheimer, the man who is Belle’s great friend and supporter in so many ways?

NOC: I never had that idea and I think my editors would have baulked, anyway – they were conscious of keeping the content race-neutral, even though that doesn’t necessarily reflect the attitudes of Victorian England. I think writers should reproduce the parameters of the society they are writing about, no matter how distasteful to today’s audience. I’m not pro-racism, and I don’t like it rampantly displayed in any book, but a novel needs to reflect the truths of a time.

Anyway, Wertheimer is one of my favourite characters, the fact that he’s Jewish is by the by. Except that because of his father’s excellent business skills, he had the wealth to support Belle and that’s what landed them both in court.

MOD: Can you tell the reader a little about the enigmatic Jacob, and the sense that for some readers he is dislikeable and lascivious?

NOC: Poor Jacob. He’s just trying to do his job, however badly. I don’t dislike him at all but that’s my prerogative, I suppose. I develop fondnesses for all my characters and tend not to think of them in terms of likeability. Young Jacob is Wertheimer’s footman and has been fired for stealing once, but now he’s back (this is based on fact). Really, Belle teases him because she’s bored waiting for William to return to her, so they are both at fault. She’s the mistress but he, also, ought to hold back. But, again, it’s a bohemian household and rules are often broken behind its doors.

MOD: Belle’s attitude towards motherhood is interesting, and ambivalent. Can you talk a little about this.

NOC: Mothers are complicated and I wanted to show that; we’re not all paragons of selfless, devoted love. Sometimes we feel ambivalent and trapped. Belle didn’t fall into motherhood in a socially acceptable way for her era; she had to find ways to deal with that and, it appears, she did. She couldn’t look after a child with the hours she kept at the theatre.

I didn’t want, ever, to judge Belle. I’m a loving mother who has notso days; my first child was not born into ideal circumstances. I have great sympathy for Belle – she defied societal norms but had to pay for that in various ways. She went on to be a devoted mother to five more children; she endured tragedy when one of her twins died. I’m sure it wasn’t easy to walk away from baby Isidor but, it seems, that society decreed that it must be that way. 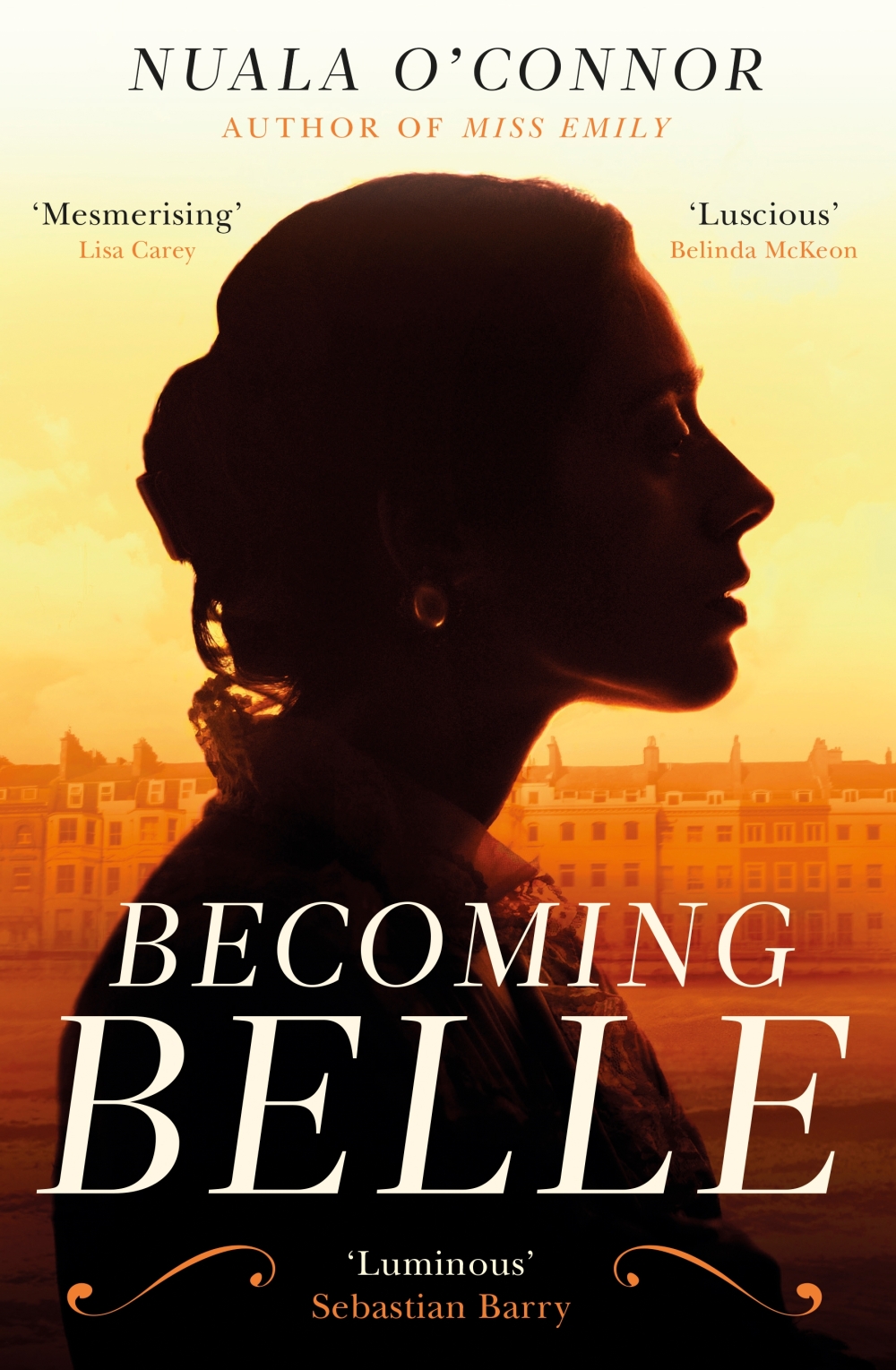 I am a full-time writer, a poet, short-story writer, and novelist. My last collection of poems is called "Those April Fevers" (Arc UK 2015), and my last novel is "Where They Lie" (New Island, 2014). Further info on my website www.maryodonnell.com
Shauna Gilligan Writer

Bookish adventures in Belfast and beyond

The Things That Are In My Head.

This is the website of Irish poet Nessa O'Mahony